I couldn’t write this on Sunday. I couldn’t even think about it on Sunday. I do not understand why the anniversary THIS year would be any more difficult than all the other years but finally realized, for 13 of the last 15 years since it happened, I have done something on the anniversary with all that grief. I have connected with others and we have used our grief to express gratitude, mostly to our local first responders, in honor of their brothers and sisters lost on September 11th, 2001. 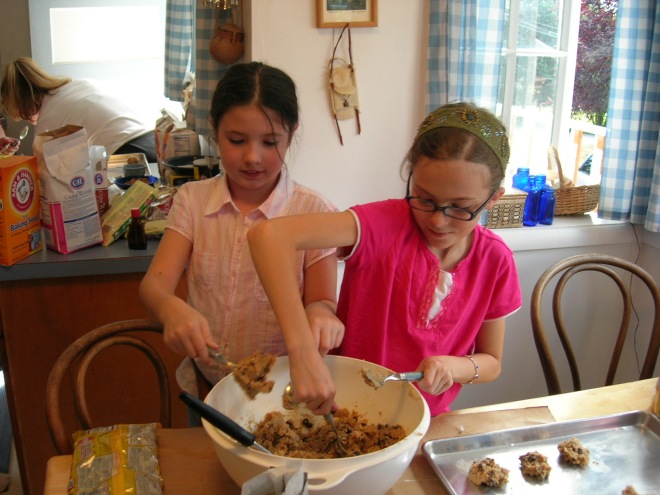 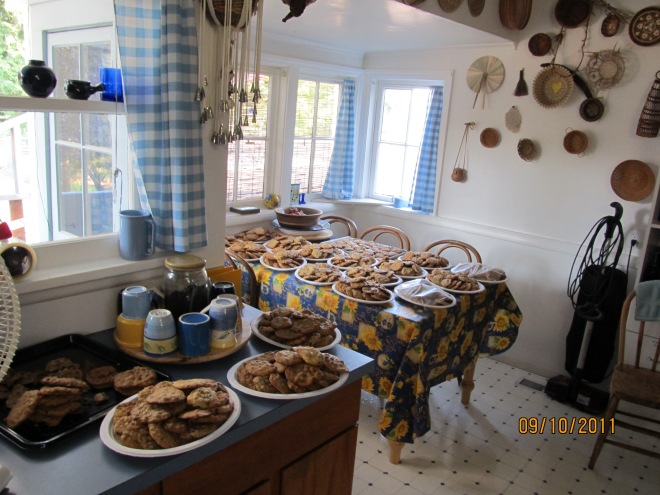 We got up to 55 dozen cookies a couple of years ago…had to borrow neighbors’ stoves, had several cars full of moms and kids delivering cookies, etc.. There are 11 firehouses in our city and we made sure each got plenty of thank you cookies (Grandma’s chocolate chip recipe). Even made some gluten free options!

The kids also made thank you cards and we made old school Music CD’s with all the 9/11 songs we could find. 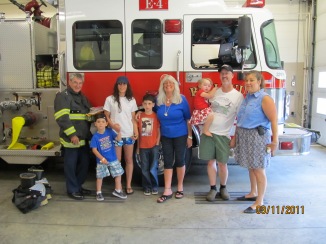 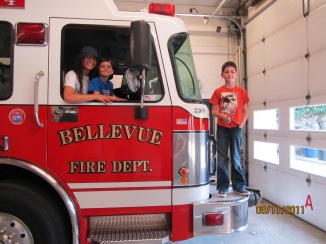 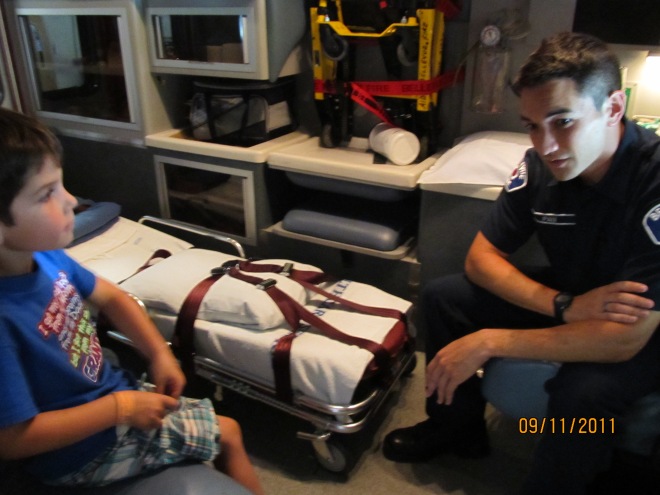 Our local fire fighters and EMT’s were so grateful and gave the kids such wonderful tours and attention!

Anyway, when I was trying to come up with a song for

Our theme for Song Lyric Sunday is to post a song that refers to a city/state/town.

I could not pick one place so here’s the song I decided on.

It did affect us ALL, everywhere!!!

(I very much prefer this song performed by my dear friends Riley and Maloney but couldn’t find a video of them.)

Be sure to listen until the song really takes off!

As for credit, here’s what Wikipedia says:

“I’ve Been Everywhere” is a song which was written by Australian country singer Geoff Mack in 1959, and made popular by Lucky Starr in 1962.