Loki is the sweetest cat ever (well, except for Lucy!)

Terrifying growth! And he still has 2 years to get to full size!

Life and the world have been a bit distracting of late. For a while there, even I, the self-appointed champion of uplifting things, had a difficult time finding stuff to share.

But here are just a few things that hopefully bring you a sliver of beauty or a tiny laugh or little piece of inspiration to hang in there…yep, even longer than we had hoped!

I have enjoyed the wildlife in my yard lately.

This guy is relentless!!!

And of course, flowers!

And my favorite, the Birds…

But of course, also the indoor wildlife…even though it’s often hidden…

Where is that silly cat now???

And best for last, DEFINITELY X Rated, so watch when your kids are at Home School in the other room…

Impossible to be down today…

Meet our newest family member…long awaited (a couple of years)!

This puppy is very special, bred by Crooked Rooster Farms in Snohomish, WA. He is a Border Collie/Golden Retriever blend, bred for the Collie’s intelligence as well as the temperament of the Retriever. He is already exhibiting both those qualities.

And we think he will probably grow to be more Retriever size (he’s a little CHUNK!) than the Border Collie.

Even Loki, the Maine Coon kitten, who has had the run of the upstairs house…until now. He can’t wait to be done with his silly cone so he can romp with the puppy!

If THIS doesn’t bring a smile, the Virus has already WON!!!

And if you need even more “uplift”, read (or re-read) this!

1) This guy starts visiting outside regularly and riling up Phineas and Zorro (our indoor Cat Bosses).

We think this is an “Evil Wild Tomcat”, just stirring up trouble.

2) Then James has a big surprise. He sees movement under the wood pile, just beyond where we sit on our porch swing to look out over the valley. He literally drags me dripping out of my shower to come and see!!

It’s a close call but, after a while, I convince him to put this baby back where he got it as it is WAY too little for humans to mess with.
3) Then later that day I see a different ,but regular visitor in our yard and she is glowing in her bulging state, so I have to take her picture.

(Can you see why she is “glowing”?)
4) James, uninterested in my Mama Deer, has stationed himself by the woodpile, you know, just in case….

We already have two “very bad cats” (aren’t they all?)

I had a hard time getting James to put them back. I’m afraid we may have three new residents if I don’t watch him (James) closely!
6) Speaking of watching closely, apparently “Evil Tom Cat” is actually “Protective MOM!” Here she is guarding the woodpile.

7) And as if this was not enough “cute” for one day…as we arrived home from a quick trip to town, look who we nearly ran into!!! Our Glowing MOM!

She is still licking them off.

We watched as she led them off into the woods for safety, and no doubt, so she could have a rest.

She’s not so Robust/rotund anymore, is she?

8) Had enough Cuteness for one day??? Not so fast! We get home and have to check on our 3 new little “guest” kittens, right? And guess what!!!

We discover this white one!

As Paul Harvey would always say “And now, the rest of the story.”

Any guesses as to which one we kept??

We eventually found homes for 3 of them, with folks who were committed to socializing these terrified feral kittens, but this little tough one, the smallest, would just not leave us alone. She would bound out of hiding to see us, even as her siblings would scatter and hide.

Meet Lucy, named by my grandsons who wanted her to have a strong (super hero) girl name. (The movie Lucy had just been released and though they were not allowed to see it, they got the idea from the previews.)

Writing you from Ground Zero in Washington State, USA., I know the Bad News all too well so I am determined to add to the good.

I spotted a couple great items around here yesterday.

First, for all the struggling local parents whose working lives revolve around and depend on their children being in schools that are now closed (some for weeks), one neighborhood is doing this creative thing.

Since the only safe get outside activities include walks, I have a proposal to inject some fun! (Borrowing this from a friend out of state). Daily window scavenger hunts! Tomorrow, let’s do Shamrocks (a day late, but who cares!) Basics: 1. Put the thing in a window on the front of your house. 2. Call it exercise (walk) 3. Call it math for you kids (count the [shamrocks] each day. 4. Call it art class the day before: make a [shamrock]. Let’s see if we can find a bit of joy. If you see someone else counting on your walk, wish them luck, from 6+ feet away!

Another has organized a group sponsoring Food Trucks from all over to come to suburban neighborhoods (from all their gas station parking lots) to bring Meals for whole families. This both feeds folks who can’t find open restaurants, and helps support the many local food truck businesses. 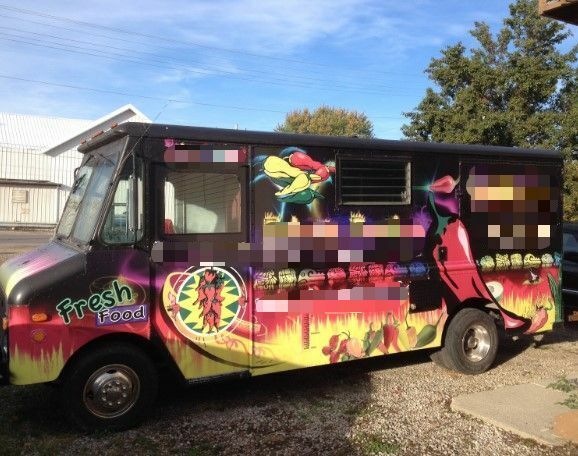 And of course, SPRING just keeps happening, relentless and unstoppable…thank you Nature!