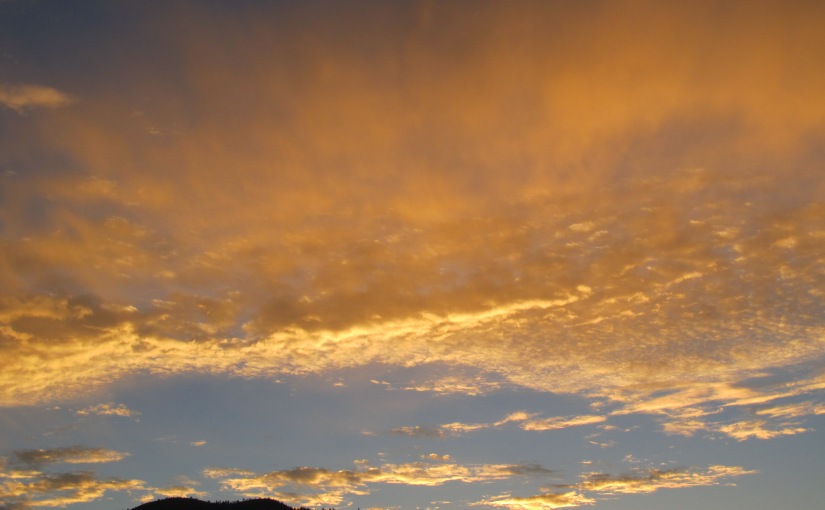 I don’t have the photograph of the exact sunrise, just the picture in my mind. And no words describing it will suffice so I’ll have settle for telling you the surrounding story.

Imagine yourself on a once in a life time trip, sailing in Fiji-not to the tourist places, but the remote islands of the Southern Lau Group. You are with your six closest people whom you dearly love to spend time with…a rare occurrence, so having 32 days together for this adventure is amazing.

Even with these kinds of friendships though, many years of working, traveling and vacationing together, conflict can happen. Though we were on a 90 foot yacht with plenty of room for all to be separate or connected-your choice-the early mornings were the hardest to share as we would all want to be above deck in the open (no canopy) to see the sunrises and have our various morning beverages.

People do mornings very differently from each other.

Those of us who liked to wake up slowly, in silence, were getting up earlier and earlier to beat the coffee-fed, spring-into-the-day people. I’ve always liked solitude at sunrise above any other time so I found myself setting an alarm so I could be up first to have my alone time. SETTING an ALARM…on a YACHT…in FIJI for god’s sake!!!

We were all therapists. Our life’s work was to teach people how to take care of themselves, and that everyone’s needs are important…so of course, we came up with a great new rule.

On deck in the mornings, “no one speaks until the person up right before you speaks”.

So all seven of us could be up on deck, coffee or not, meditating or not, and it would be silent until the first person awake spoke. And then in order after that, so the transition from silence to party-time was slow.

One one morning I was the first on deck and it was still dark out….as dark as it gets under those South Pacific skies. Don’t even get me started about the starlight. People talk about a “blanket of stars”, well our nightly view was more like a down comforter of stars.

But Half-Light was slowly arriving, bringing with it the beginnings of this morning’s Sky Show. It looked to be a good one. The next 15 minutes were some of the most profound in my life thus far. As I said before, no words will adequately describe the beauty and miracle of this particular sunrise so I won’t even bother and it’s my process I am needing to share anyway.

For once, I am sitting there actually hoping for the next person to come up on deck. I’m waiting, wanting, willing someone to hurry up and get here so they can see this. I know I won’t be able to describe it. You’ve seen one sunrise, you’ve seen ’em all, right? (Makes me think of the bumper sticker so popular in Hawaii a few years back-“just another shitty day in paradise”.)

By now, the sky is exploding into colors we humans have no names for, and it seems to be getting more intense by the second. Most mornings I fight off the feeling of intrusion and today I would welcome someone, anyone, just to share this with, to confirm my experience, to validate my conclusion that this might be the most beautiful thing that has ever happened in the history of the world.

Where the hell is everyone?

I am seriously frantic for company by now but unable to pull myself away to rouse my fellow travelers or the crew because I don’t want to miss even a second of this.  It changes dramatically every time I blink.

THEY NEED TO SEE THIS!!!

I am about to explode in frustration…I know, on the deck of a luxury yacht anchored off a deserted island in Fiji..about as dumb as setting an alarm clock… so I take a few deep grounding breaths to calm myself and that’s when it happens!

Wait, for context, I need to own the following. At this point in my life, I had lived solely and enthusiastically for the purpose of helping others better their lives. I had been like this since I was three or four years old. I had been told I needed to stop always putting others first, to be healthily selfish, to take care of myself, but I had staunchly refused because, after all, I was “called”. What’s also true is I didn’t want to give up the joy and reward I experienced because of my stance in life.

So here’s what happens.

Watching the most beautiful sunrise ever, I hear a voice, no shit, a real voice, tinged with just a touch of playful sarcasm…God? My Dad? My Therapist?…I don’t know but it’s a voice….maybe even my own.

It says, “Relax Silly. This one is yours…made just for YOU.”

My whole personality changed that day in the Half-Light. 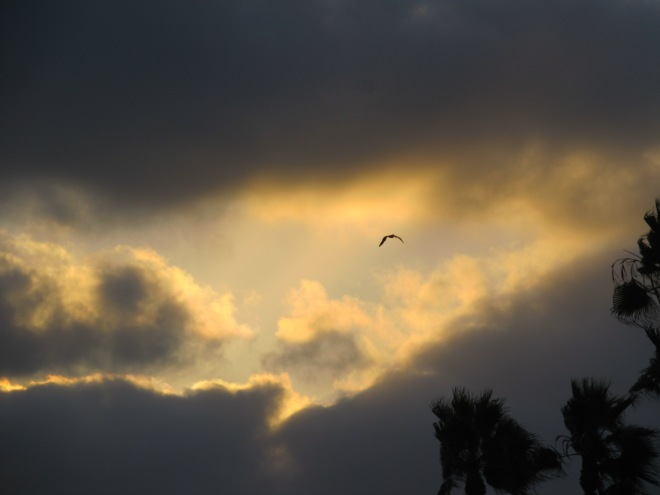 11 thoughts on “Half-Light 4-That one Sunrise in Fiji”