I spotted this great challenge this morning and thought I’d join in.

Picking a tree photo has proved impossible because I photograph and write about Trees I’ve known and loved all the time. (If you go to my site and look up Trees, you’ll see what I mean.)

I am so connected to many, many trees, maybe because growing up in the smallish ocean-side town of Pacific Beach (San Diego), in our front yard, we had the tallest tree in the entire town. That tree was a huge part of my life. I experienced it as a living being, a friend, and that has informed my experiences with trees ever since.

I wrote this story about it years ago.

Not just a Tree

For fifty years, there was a Star Pine tree in Pacific Beach that could be seen from almost everywhere. Rumor had it that this particular tree was, by far, the tallest in this San Diego beach community, and the surrounding area for that matter.

The true story about the origin of this tree is a well-guarded secret, but for a good cause; to prevent sibling rivalry.

Here is the part of the story that can be proven. It seems an unusually forward thinking young man moved to the West Coast from Coffeeville, Kansas in the late 1940’s, and wisely bought a piece of property close to the ocean.

He had it all planned; settle in to his new job as an aeronautical engineer at Convair, build his new house and get it all ready, and then, begin his search for the woman who would become his wife.

The only thing missing from the homestead he was creating was a large tree on which his future children could climb. (Well, that and a storm cellar, which, being from Kansas, he believed, was an absolute necessity. But that is another story.)

Here’s where the secrecy starts. This man eventually had three daughters. Each of these daughters has a different tale about the origin of the big old Star Pine tree that dominated the property, as well as the Pacific Beach skyline. I am the oldest of those daughters, so here is my version, told to me by my Daddy when I was very little.

The yarn goes like this. When my father met the woman who would become his “one and only”, she already had a two-year-old daughter; ME.

In order to welcome me into his life, we went shopping for a tree for the front yard of his newly built home. We had to look around a bit because he had many specific requirements for this tree.

1) It had to be a future climbing tree.

2) It had to be a pretty tree; none of those Monkey Tail trees that my Dad thought were inferior.

3) It had to have the potential for providing shade.

4) And most important, was that at the time it was planted, it had to be exactly the same height as his new little daughter, “so that the tree and I could grow together”.

So we found the Star Pine that occupied the front yard of this home in Pacific Beach for many years. Well, “occupied” is a relative term. It grew to become massive and regularly needed a “trim” to prevent its branches growing into the bedroom windows and overtaking the house completely.

This tree really saw some life, let me tell you. I am now in my fifties and some of my fondest (as well as harshest) memories are of sitting way up high in this old tree, for hours at a stretch; sometimes reading, sometimes privately watching the neighborhood, stretching from the West to the Pacific and to the South to San Diego Bay.  Sometimes I’d climb the tree with a little friend to enjoy a picnic lunch, and sometimes I’d hide up there from my bothersome little sisters, or from my imperfect parents.

The Star Pine was where I would “run away”.  My favorite thing, a guilty pleasure now I see, was that from high on my perch, I could hear everything my parents said when they would come out into the yard, worried and looking for me. I loved to eavesdrop on my Mommy and Daddy while they discussed how much they loved me and how very much they would miss me if I never came home again. (Now, of course, I’m sure my folks knew I was up there in that tree all along.)

And then there were those times when that old Star Pine tree was utterly a place of soul saving refuge.

As much work as raking up the shedding needles and branches? was, Dad loved that tree and so did we.

It was a landmark of sorts. One really couldn’t miss it as it could be seen from most angles throughout the town. It should have been left to live out its life in peace, just as our father did.

He is gone now, having lived a wonderful, fulfilling life in his cherished, self-built homestead. Pacific Beach flourished and filled in around him, but somehow retained its small beach town atmosphere.

When Dad passed on my sisters and I made the very tough decision to sell our childhood home. We idealistically tried to require the buyer to promise NOT to cut down this magnificent old tree. He agreed, but if you are ever in San Diego, don’t bother looking for 1361 Wilbur Ave. The TREE is no longer there. The man who bought the house professed termites and immediately had the tree removed. He also did other things to the house that, other than the address, make it no longer recognizable as our childhood home, our Father’s dream.

But some part of my Daddy is still there, his spirit and energy strong. And so are his three beloved little girls, frozen in familiar childhood poses, arguing over whose myth about the origin of the tree is really the truth. 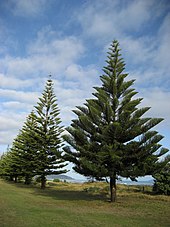