Bright and early on the day before we were to leave Natchez, Mississippi for home, we took the Toyota van in for an oil change and return-road-trip check up. We expected this to be a quick, hour long process as we were booked solid with last minute wedding preparations for my cousin’s nuptials and reception that evening.

After some time waiting they came and told us we needed a new radiator, that this one was shot and that it was leaking coolant everywhere. News to us as we had seen no leaks and had had no problems. They showed us the huge puddle of coolant under the car and the supposed damage to the radiator.

There’s a saying that applies to men, about certain body parts being held in such a way as to trap said man.

I don’t know what the comparable saying is for women…”they had me by the ovaries“???

But anyway, clearly the radiator was NOW hemorrhaging fluid so we had to agree to a new one…which they of course, had in stock, right? So they said anyway. After waiting a few more hours of crucial wedding errand time, they finally informed us that the new radiator had to come from Vicksburg, a mere hour and 25 minutes away. So they gave us a loaner car.

Right up until their closing time, which coincided exactly with the wedding start time, they still had not received the new radiator. This was no small deal. We had to make the trip from Mississippi back home to Washington to arrive on a very specific date. This delay could mean the difference between safe driving each day of our 4 day trip, with a nice sleep over in a motel…or driving straight through, pretending we were in our 20’s when we could actually pull off that sort of thing!

It all worked out but was definitely touch and go, and very stressful.

Even though it felt like we were in a hidden camera episode of 20/20 or 60 minutes, busting unethical mechanics who break your stuff and then make you pay, it was hard to be mad at the place since during the waiting time, the service manager approached me in a panic having just found a tiny feathered intruder that had knocked itself out flying against the huge windows in the waiting room. She asked if I could help her by holding it for a minute. (Did I have a SIGN on my forehead or something? The number one thing on my Bucket list?? “Hold a Hummingbird!”) 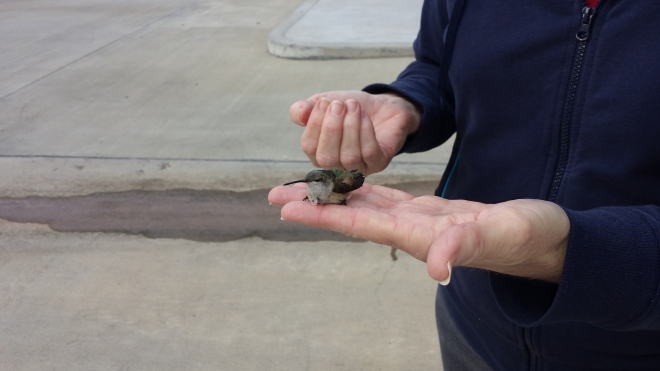 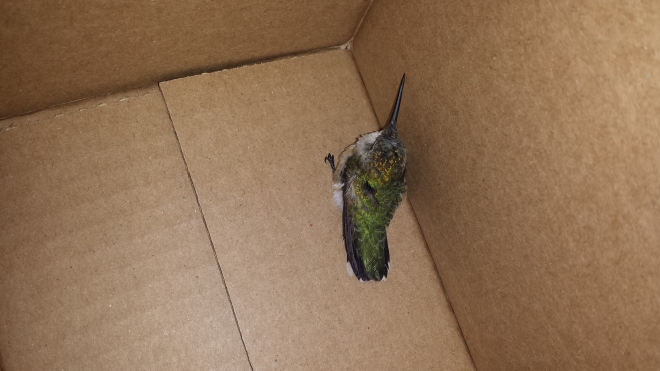 When we finally had to go, I put the little guy in a box and set it outside in the sunshine. Sure enough, fortified by rest and homemade nectar, the tiny intruder flew up, up and away! I can still feel those tiny feet in my hand.

Kinda balanced things out, you know? 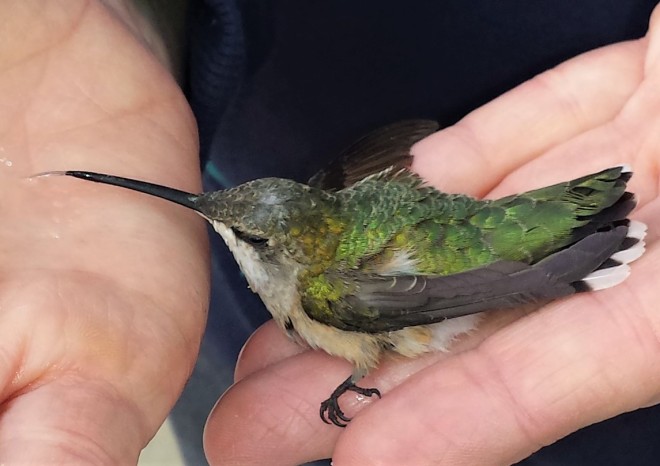